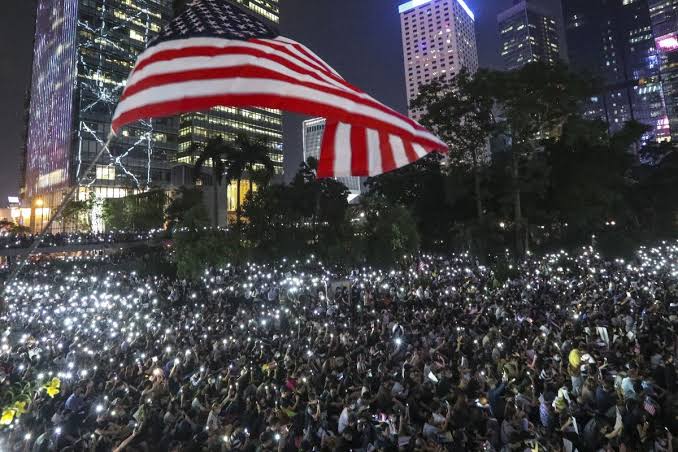 Asian markets, for the most part, withdrew after US President Donald Trump signed a bill supporting Hong Kong protesters, a move that might incense Beijing and complicate the US-China trade talks.

Trump marked the Hong Kong Human Rights and Democracy Act into law Wednesday in the United States. The new law would require the United States to every year affirm Hong Kong’s special freedoms are being kept up by Beijing. Failure to do so could bring about Washington withdrawing the city’s extraordinary status, a conceivably huge hit to Hong Kong’s economy and potentially it’s status as a financial hub.

Trump’s move could increase strains between Beijing and Washington, as the two sides had been moving in the direction of arriving at an economic accord.

China’s Ministry of Foreign Affairs blasted the law on Thursday, saying that “such an action has seriously interfered in Hong Kong’s affairs and China’s domestic politics.”

“Such plainly bullying behavior is firmly opposed by the Chinese government and Chinese people,” the agency said.

Markets had responded positively this week in the midst of hopes for a US-China trade deal. Significant US indexes posted fresh record highs on Wednesday. European stocks are additionally at multi-year highs.